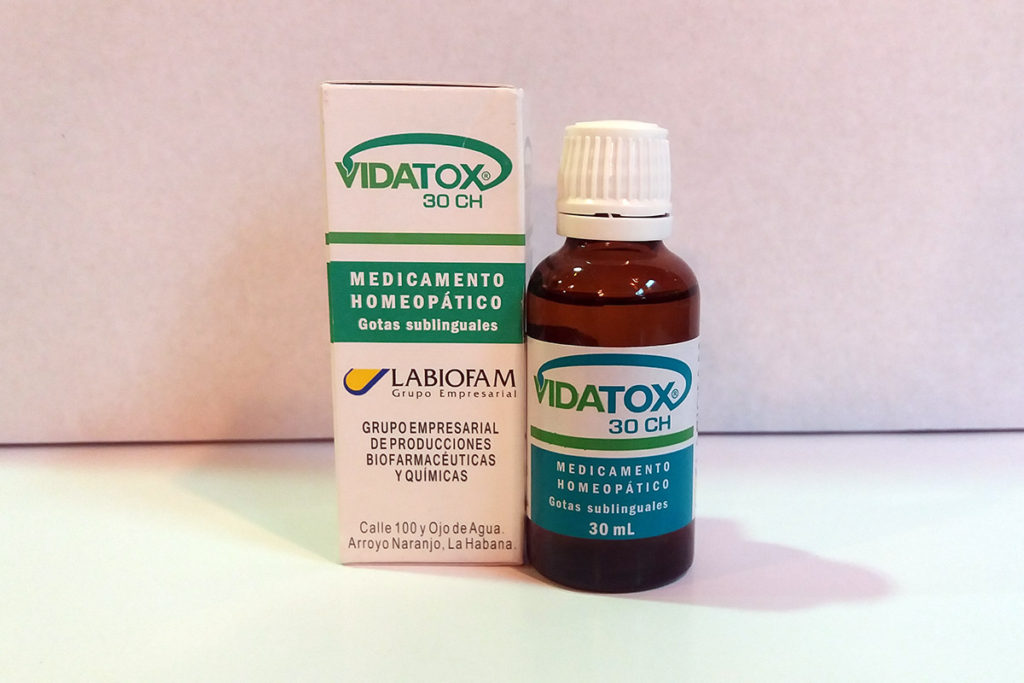 Brown glass bottle 30ml with a hole for pouring the drops. Keep on the temperature lower than 30º C, protected from light and the source of electromagnetic radiation.

A successful therapy for cancer has become a medical miracle and for some people it represents a complete mystery. According to the World Health Organization, cancer is responsible for a very high percent of mortality of global population. Regardless the invested billions of dollars in researches, the backup treatments or chemotherapy and radiotherapy are not definitely enough for treating. It has been predicted that until 2030, the number of people with cancer will be doubled, according to the analysis done by the World Health Organization.

The use of biological preparations and alternative methods of medicine give the promising results. In the last decade, the epidemic of malignity is dramatically increasing. For that reason the scientists from all over our planet have started the investigations for the aim of finding better methods of treating this lethal disease. The discovering of the Rhopalurus junceus scorpion and its healing properties represent the extraordinary value for human kind and one of the greatest inventions during the researches of a medicine against malignity. Since the poison of this scorpion shows anti- carcinogen properties on compact tumors, that is why it is believed and the researches go in that directions that it actually represents the means for treating malign diseases.

This disease is obtained from a scorpion by electric motivation of the sting and of each scorpion it can be obtained about 0.02 milliliters of poison (about 2-3 drops).

This harmless product is taken orally and it does not distract other oncologic treatments used by a patient. On the contrary, when it is used with other classical methods, these two or more treatments give a better effect and cooperate in anti-malign actions. Furthermore, Vidatoks reduces unpleasant symptoms obtained for the reason that the patients are subject to anti-malign medicines and ionized radiations. This preparation increases the quality of life of the persons who suffer from any kind of malignity. Vidatox reduces pain and other symptoms connected to any kind of malignity, prolonging the lifetime of an organism.

This preparation does not represent a pure poison of a scorpion; it is a diluted homeopathic substance which positively influences many processes in an organism. This preparation is based on the concept established in 1979 by a German doctor Samuel Haneman.

Vidatoks formulation has been manufactured by the company Labiofarm and contains a specific percentage of alcohol in it, so it does not have to be stored on low temperatures. The preparation is in the form of drops and it is dropped under the tongue.

This innovative medicine makes a relief to many patients all over the planet. Vidatoks is connected to malign cells and prevents the development of new blood vessels which provide nutrients to tumors. Malign cells have a tendency to multiply and create a tumor which spreads to surrounding tissues. With the development of the tumor, the escalation of the pressure to surrounding nerves is potentiated and is followed by very strong pains. Although it does not have to be the case because in some scientific studies good and successful therapies because of the activity of a tumor which represent its defensive mechanism there happen the increased intensity of the pain, too. As it is the case with normal tissue, tumors are fed by blood vessels. In the increased activities of cancer cells it is created the need for the increased activity and progression of capillaries which feed a tumor. The poison of a blue scorpion is connected to the cells of tumor and influences the reducing the initiator of an angiogenesis (increased development of capillaries), reduces the flow of nutrients to the tumor, weakening the carcinogen cells which finally die because of the lack of nutrients.

Vidatox also stimulates and strengthens the immune system of a patient. Researches show a significant motivation of immune systems of the animals previously tested and also of the patients who consumed poison. They were expressed the growth of the level of white blood cells, as well as the other cells which are integral parts of the immune system.

The side effects which have been recorded have never had a fatal income, so far. To some patients, it has been noticed accelerated heartbeat and a feeling in chest as if something was burning, as well as the feeling of high temperature in the head which spreads to the chest and the heart.

Since many positive effects have been proved, pre-clinical examinations are provided for Vidatox. It was used in organized examinations in which 174 patients who suffered from various kinds of cancer (determined by histopathology analyses) participated.

Five sublingual drops of Vidatox were given to every examinee every 12 hours in the period of 26 months (from December 2007 to February 2010).

The samples were categorized according to:

In the end of the study it was determined that lung cancer, prostate cancer, colon cancer, breast and uterus cancer are the most subject to the effects of Vidatox.

It was also discovered that in 26% of the cases of the patients, Vidatox prolonged their lives for more than a year, regardless the phase of the disease itself and its stadium, especially of those patients who, because of impossibility of classical treatments, the only one hope was alternative treating.

In another examination, 90% who received Vidatox were noticed the improvement in many clinical symptoms. For the 62% of them, very strong pain was changed into another form for which no treatment was necessary. 27% testified the complete disappearance of pain. It was concluded that Vidatox not only improved the quality of life, improved the rate of surviving, but it also eliminated the presence of many unwanted symptoms.

Health reports and studies discovered that individuals with various forms of tumor diseases, for which the treatments of classical medicines were inefficient, felt significant improvement of the condition and the improvement of life quality by using Vidatox.

Labiofarm is approved to deliver products to 21 countries of Latin America, the Caribbean and China. You can find the medicine in many European countries such as France, Belgium, Great Britain.

Take 5 drops under your tongue every 12 hours.