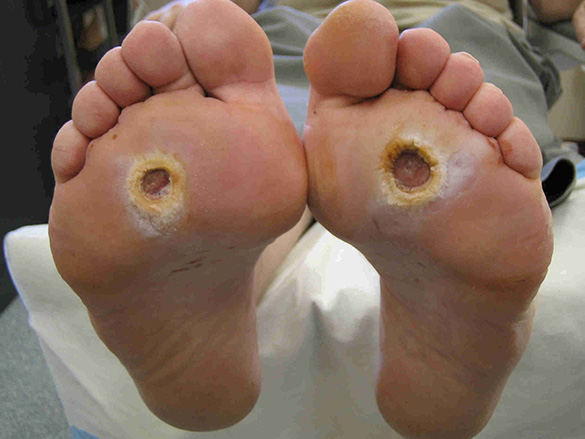 In the world, every 30 seconds one leg amputation is done because of foot gangrene caused by diabetes; it is the estimation of the World Health Organization. Diabetic foot is one of the most serious complications of diabetes and in Serbia, the number of patients with such disease increases because there is not quality prevention and education of the diseased.

Diabetic foot is one of the numerous complications of diabetes and represents a set of bone and soft tissue changes on feet of the diabetic patients. It occurs as the consequence of neuropatia and ischemia (nerve disease and the lack of blood in feet because of the disease of leg arteries), which can be additionally complicated by infections. The less serious degree of neurovascular changes of lower extremities is without any clinical symptoms. If the process progresses, the patients suffer from coldness of feet, reducing muscle ability, distractions in sensibility and the appearance of diabetic ulcers. The appearances of ulcers (ulceration) on a foot, the occurrence of gangrene and consequence amputation, are important causes of mortality and disability of the persons who suffer from diabetes.  These complications represent great medical, social and economic problem and significantly reduce the quality of life to a diseased of diabetes.

Diabetes, with ulcerations on lower extremities which cannot easily heal, is the cause of more than a half of the amputations of lower extremities in the United States of America and in the risk group it is present at three percent of population. The risk of losing legs and arms in the group of diabetic patients is about one percent a year in the world. According to the estimations of the World Health Organization, it is done about one million amputations a year, and every thirty seconds and so called great amputation of lower extremities for the reason of foot gangrene caused by diabetes. The previous ulcer (or amputation) after cured diabetic foot on one leg makes a predisposition, at the persons with diabetes, for reappearing the ulcer on the same of the other foot.

Predispositions for a diabetic foot

The risk factors for development of this disease are:

Diabetic foot, according to the manifesting clinical image, can be divided into two types:

Diabetic foot is clinically manifested by the following visible manifestations and symptoms:

The diagnosis is made according to: facts from anamnesis (history of the diseases), physical examination and the whole set of laboratory, radiological and other examinations according to which it is possible to estimate the type and the weight of the changes. It is usually made on the primary level of health protection and according to the subject difficulties of the patient and standard feet examination.

History of disease and physical examination: 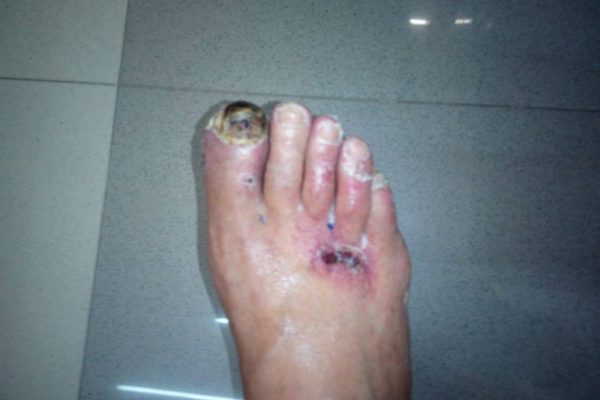 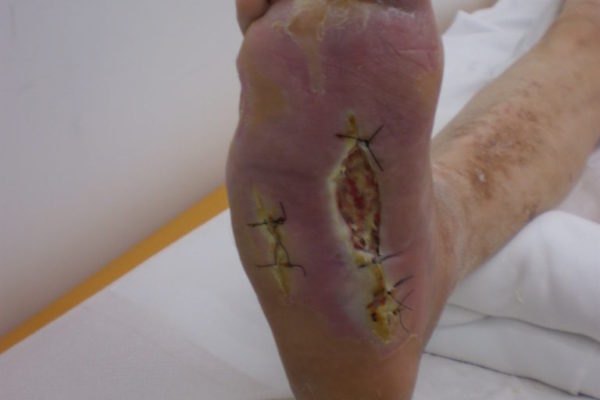 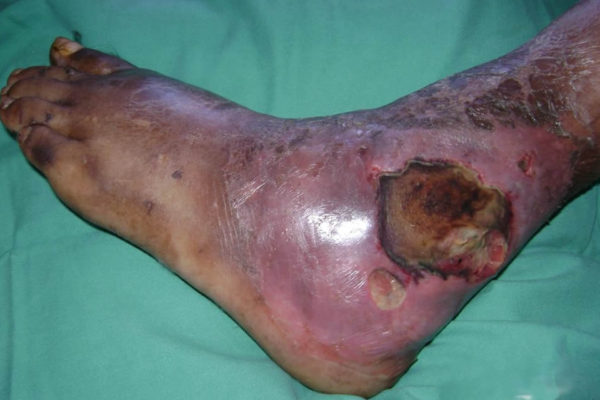 © 2020 Cuba Medic - Treatment of all types of cancer, diabetic foot and immunology.